Sarasota County Rowing Club (SCRC) is a masters-only rowing club rowing out of Blackburn Point in Osprey, Florida. SCRC has over 100 members including full-time as well as a large complement of seasonal members. Members range in age from their 20's to 80's and participate in both sculling and sweep rowing, competitively and recreationally. SCRC is also home to the Sarasota Adaptive Rowing program, a highly successful team of para-rowers.

With Head Coach Dragos Alexandru, a former Olympian, adults row year-round on the beautiful Intracoastal Waterway (ICW) near the Gulf of Mexico. SCRC participates in many regional and national regattas (garnering 12 medals at US Rowing Masters Nationals 2021) and is host of the nationally recognized Sarasota Invitational Regatta held annually at Nathan Benderson Park.

Interested in joining SCRC as an Annual, Seasonal, Monthly, or Annual Single Rack Member? Both new and renewing members can find out more by reading about our club and membership options by clicking on the link below.

Your SCRC Membership dues include access to coached sessions with Coach Dragos Alexandru. Coach Alex, a former Olympic rower, is a well known leader in the Sarasota rowing community.  For more than 30 years he has coached all levels of rowers from novices to competitive racers. Coached rowing sessions are typically scheduled each week.

Experience the excitement of sprint racing on one of the best rowing venues in the country! The annual Sarasota Invitational Regatta (SIR), held in February, features three days of youth and masters rowing at Nathan Benderson Park in Sarasota, FL - the site of the 2021 U.S. Olympic Team Trials - Rowing, the 2018 World Rowing Masters and the 2017 World Rowing Championships.

Training in the Paralympic sport of rowing in Sarasota, Florida.

SARP’s mission is to provide disabled veterans and other disabled athletes with year ‘round opportunities to build physical fitness, self-esteem and community connections through rowing. 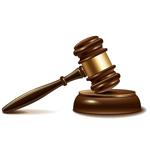 SCRC BOARD MEETING
Board Meetings are held the first Tuesday of each month unless noted. All members are welcome to join in...hope to see you then! 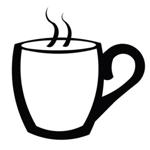 CLUBHOUSE COFFEE
The last Sunday of every month we gather at the picnic tables after the row for coffee and snacks. Rowing not required!

Check your email for details!

Shop Amazon Smile for the Holidays!

Do all your holiday shopping on Amazon Smile and Support SCRC while you shop! Be sure to choose Sarasota County Rowing Club as your charity and Amazon will donate a portion of your purchase to the club.

Morning Coached Row Times
Be sure and check the Calendar for updated morning coached row times.